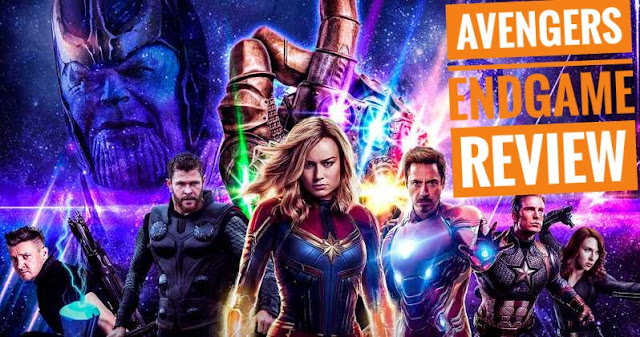 in Avenger endgame: Tony and nebula get rescued by Captain Marvel. Hawkeye family gets dusted. Avengers go to *Present* Thanos after Infinity War. He says he used the stones to destroy the stones and it almost killed him..so thor cuts his head off.

Time jump: Antman shows up and tells everyone about the time travel idea. They go tell Stark. Stark says no. They try Banner, (Who is now professor hulk.) they think that they got the solution but then stark shows up with the watch traveling time perfected.

They go back through various Marvel Cinematic Universe movies. (Thor, first Guardians, first avengers). Present Cap fights Past Cap. They split into teams, they get all the stones and come back to the Present time Without Black widow because she sacrificed herself so Hawkeye could get the Soul Stone. Past nebula switched places with Present Nebula during stone retrieval Because Thanos learned of their plan in the past because the two nebulas have the same memory.

Back in the Present time now. Stark has a Nanotech Gauntlet made with all the stones in it. Hulk wears it and snaps his fingers to bring everyone back and his right arm gets damaged beyond healing, so now we have a one-armed hulk. While Hulk was doing that, Past nebula, now in the present time, opens up a wormhole for Past Thanos ship to come through to the Present time. he destroys Avengers Headquarter with missiles.

Tony, Cap, and Thor, now with Mjolnir and Stormbreaker, fight Past Thanos. They get beat up, Thor about to be killed by Thanos when Captain America Wields Mjolnir and saves his life. Cap now with his old shield and Mjolnir beats Thanos up a bit. All Dusted Avengers come back. Thanos gets his Chitauri army and the black order…The big massive epic fight between the two sides. Over the Stark Gauntlet and stones. Thanos starts winning with his ships missiles. Captain marvel Flys through his ship and destroys it. More fighting, more fighting. Thanos gets the Gauntlet, some avenger fight with him to stop him from using it to no avail. Stark comes to fight him. he and Thanos fight for a second. Tony gets punched away, and Thanos says “I am inevitable” a SNAPS HIS FINGERS AGAIN!!!!!… but nothing happens, because during the scuffle Tony’s iron man suit stripped the stones off of the glove and onto his suit, because of nanotech. Tony says “I am Iron Man” and snaps his fingers. The fight ends. All bad guys including Thanos get dusted. Spiderman, pepper and war machine comes to Tony and sits with him while he dies because of the Snap.

After the funeral, Hulk, Bucky, and Falcon send Captain America back through time to out the stones back so it doesn’t create weird timelines. Captain America grabs Mjolnir, Hulk says it should only take like 5 seconds to them. Send Cap through time: “1..2..3..4…5” hulk pushes button. click, click but Captain doesn’t come back. Then Bucky sees someone over on a bench just sitting there. so he goes over, and it’s an 80yr old Captain America. he said that he decided to stay in the past with Peggy AND GIVES FALCON HIS SHIELD!

Scene cut to an older house, the camera goes inside, And cap has a dance with Peggy.. finally!

One thought on “Best of Avengers: Endgame”