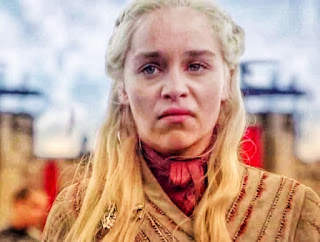 Game of Thrones series started releasing the final season of the epic story. Many of us didn’t expect to see these unpredictable events on the show. Yet, wait a minute are we expecting to see classic ending no way. Daenerys Targaryen had hated that memory of her father the mad king. Mad king was obsessed to burn bodies, human bodies. Burn them all. This is sentence pushed Jaime Lannister to stubbed Mad king after he gave him the order to kill his father.

Love ruins all the good plans. Daenerys Targaryen was totally logical in the first seven seasons till she came across the bastard of Winterfell. Through the whole episodes of the series, men were only who destroy their lives because of women. Now we can see Daenerys Targaryen lost the good path for the throne. She was obliged to follow Jon snow war against white walkers. She helped him a lot. She lost half of her army even two Dragons.

In the battle against white walkers, Jorah Mormont died on the field then Missandie captured by Cersei Lannister and slaughtered by The Mountain in front of her eyes.

This only can create deep bitterness inside the queen. 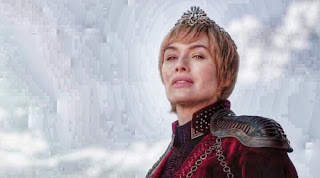 She lost missande and rhagael by rushing to battle she lost Jorah because she cowered behind him for a few moments. She’s losing jon and the throne because she believes she owns the right to rule She lost the dothraki by allowing them to charge the dead she’s not smart she’s impulsive and bratty

Definitively, Daenerys Targaryen lost control of herself and will become impulsive in her actions. so she is going to get killed on the back of her last Dragon. If not, Daenerys Targaryen will be for sure the next Mad Queen who adore burning her opponents in each available occasion.

Why she will become mad queen:

She lost Jorah.
She lost the Dothraki.
She lost Rhaegal.
She lost Missandei.
She lost her claim to the throne.
She’s losing Jon.