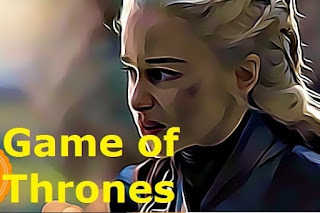 Will Jon Snow marry Danaerys Targaryen the mother of dragons? Will Danaerys Targaryen refuse to share the thrones with the son of her brother? Will Varys conspire against the mad queen because he doesn’t see her the right ruler? Jon’s CHARACTER ARC doesn’t CHANGE much through the entire series. No matter what happens to him, he’s always the same son of Ned Stark. There are 2 glaring flaws about his character.

Jon snow was naive in thinking Ollie and others would just accept Jon’s alliance with the Wildings. Jon was naive about the Battle of the Bastards, by thinking he could win with the few men he had. Sansa saved the day by bringing Little Finger’s men from the Vale. Jon is naive in thinking that Arya, Bran, and Sansa can know his secret and still coexist peacefully with Dany. Because Dany will always view the Starks as a threat to her throne, no matter if Jon says he doesn’t want it. NED stark was also naive, in that he went along with false accusations thinking it would save his family. Ned also had too much integrity, where he showed mercy to Cersei by giving her the opportunity to flee. Ned’s flaws directly resulted in his own beheading.

Will Jon continue to make the same mistakes as Ned?

If not, what actions do you feel he might do to change that? Can you name OTHER CHARACTER FLAWS for Jon to overcome or has already overcome, to bring him full circle? Danaerys Targaryen mad queen is going to lose control of her army. She will get killed and her dragon by the Cercei. And Jon Snow will reign the Seven Realms.

Cercei is going to destroy King’s Landing..why? Because she has Rhaegal. Remember when she asked Euron was the dragon dead and he told her yes, he saw it fall. I believe she had Rhaegal resurrected just like she had the Mountain and is planning on using Rhaegal to burn down Kings Landing. When Missandei said “Dracarys,” everyone thinks she was telling Danaerys Targaryen to “burn it down” which I think she was but Cerci is conniving and not stupid. She now knows the keyword to get Rhaegal to fire.

Did you notice how Cerci was overlooking King’s Landing when she was at her window?

Cerci is shady and what would shock everyone…..to see another dragon (the one they think is dead) come back and BURN IT DOWN. That’s why in next weeks episode preview, Euron looked so surprised when he was looking to the sky because he didn’t even know. She could have taken out Dany’s other dragon, Dragon when they were negotiating the surrender but she didn’t. Cercei has her trump card and will use it. She will take out everything and destroy it before she lets Dany get her hands on the Iron Throne to rule. Cerci has that mentality of “If I can’t have it you won’t have it either” and she will destroy it before she lets anyone else take it

That’s why I believe Tyrion was pleading with her not to do it because he knows how she thinks and operates, she is after all his sister (and who know you better than your brother/sister) And Jamie knows that also and that’s why he is heading to King’s Landing to try to stop her. (that’s that family bond thing going). And why do I believe this,” because I drink and I know things”  plus I have re-watched the last episode with a bottle of wine and it just made sense to me?

All right, let me get this straight. Jaime did not go South to make up with Cersei (dude just learned that she hired Bronn to kill him for fuck’s sake!). He only leaves AFTER he’s told about the victory of Cersei’s fleet and that another dragon is gone. He’s concerned that they might actually lose and he thinks he has a key role in defeating Cersei (Bran also said he will be important in terms of the bigger picture and he really didn’t have that much significance in the battle with the NK) – did y’all really think he was just gonna sit this second one out and let other people die while he’s playing house in Winterfell? That’s why he’s pushing Brienne away and because he’s convinced she’s way too good for him – which the majority of the audience agrees with btw – and that he deserves to die in this war that he’s partly responsible for having supported Cersei for so very long.

Never in this conversation does he say that he’s leaving because he’s STILL in love with Cersei. Instead, he enumerates his hideous deeds to Brienne, the thing she did for love that now he’s bitterly sorry for. He confesses without wanting to be forgiven, he thinks he’s beyond forgiveness and that with his death just another ‘hateful’ person will be gone. At this point, he must think that he’s very likely to die in King’s Landing, of course, he has to break Brienne’s heart so as to make it a little bit more bearable for her when he’s dead.

Do you really think he would turn tails to crawl back to what looks like the winning side? Have you forgotten that this man has honor? Just have a little faith in him. Just for a little longer.