The Moroccan speech community characterized by the diverse currents of the culture which make of it a fresh sphere for many linguists in second half of the twentieth century. The three major influencing cultures consist of Amazigh culture, Arabic culture and French colonization

2.1.Tamazight, the language of the natives

Through this section I mentioned the Tamazight language including its varieties in addition to the places where they stand and use.

The Tamazight is internationally known as the language of indigenous inhabitants of the North Africa which include the countries Morocco, Algeria, Tunisia, and other locations in Libya and Egypt. The natives in these locations called Berbers, “the term… is commonly used in the Anglo-Saxon and French circles” (Ennaji, 1991). I will preserve the term Amazigh through the study. The inhabitants do not use this term instead, they call themselves Imazighen or Amazigh which means noble man or free man. Morocco considered the state where Amazighs live with great numbers. They represent about 50% of the Moroccan population though the census of 1994 did not address the linguistic nature directly (Ennaji, 2005).

Tamazight distinguishes from one area to another according the distribution of the varieties within Morocco. The three varieties of Tamazight that are entirely known in the country; the first, Tarifit spreads within the Nord, Rif Mountains and cities such Nador and Al hossiema. The second, Tashlhit covers the High Atlas in regions of Sousse, cities like Agadir and Sidi Ifni, it is also known by Tasoussit, And the third, Tamazight used in Middle Atlas areas, cities such Midelt and Khénifra.

Tamazight remains as a language related to everyday use of the Moroccan though the existence of the Arabic, however, they have not exploited the script (Tifinagh), which is found 5000 years ago, until the creation of the royal institute of Amazigh culture in 2001 after the speech of the king Mohamed the sixth in Agadir. The amendment of the constitution 2011 announced the Tamazight as an official language in addition to Arabic.

Today, there exists Tamazight as subject in several state primary schools. Besides, some universities open a department of Tamazight such Rabat and Fez. In media, the state broadcast a channel special spoken with Tamazight lunched 2006. Besides, the Al Oula channel and 2M channel broadcast news daily in Tamazight.

Moroccans preserve these varieties through different variation within the history; such that of  Arabs‟ invasion with Arabic culture to the country. 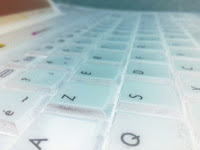 Arabic the language of Islam and Arabisation