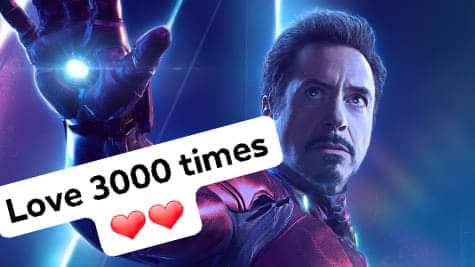 Here are my somewhat comprehensive and hopefully coherent thoughts on Avengers: Endgame.

Robert John Downey Jr. deserves an Oscar for the first 15 minutes alone. Hell, throw him another for the rest of the film. Yes, give him two acting Oscars for the same film. Notice that A New Hope arises when Scott is freed from the Quantum Realm when the rat walks over the machine. His first word was “Hope”. Massive props to the writers for this double meaning. In the previous scene, Steve and Nat had essentially given up and were trying to move on. And then Scott says “Hope”. Yes, he was calling out for his girlfriend, but his re-emergence and subsequent paradigm shift of time travel was exactly hope. I can’t get over how awesome this is.

Why wouldn’t the kids want a picture with Steve? … I mean, Cap has gotta be as selfie desired as Hulk… Scott was an unknown, and that was five years ago… But Cap? Come on. He’s like the worthiest one! Hulk/Bruce is probably more active on social media. Watching Thor having got fatter me, I was very sad. It was a weird scene, with the attempt at comedy yet the shock of Thor being such a loser wasn’t that funny… At first. Absolutely hilarious the second time around though. Did Tony figure out Time Travel way too fast or was it something he’d already been working on? He does say “one more simulation before we call it a night”.  Did he really figure out time travel in an evening?

The Time Heist:
Tony/Scott/Steve in New York was pure comedy. Hulk taking the stairs was hilarious. Thor’s “I’m gonna try something” using Mjölnir as a defibrillator to save Tony was utterly hilarious.  I thought Steve was gonna kick everyone’s ass in the elevator to get the Mind Stone, even throwing the line “before we get started, does anyone wanna get out?” but I guess it was more important that he fought himself a few minutes later. Clever use of “Hail Hydra” though. Going to 1970 NJ was special for the characters… Tony getting to speak with Howard about parenting, and Steve seeing Peggy, possibly inspiring him to make his final decision as Captain America… Returning to circa 1945 as opposed to 2023.

Bruce’s conversation with the Ancient One… I loved how she bet on Steven Strange doing the right thing years before they officially meet. Thor’s convo with Frigga was a great pep talk bringing the God of Thunder back to life.  And when Mjölnir came to him… Woah…that was more emotional than I was ready for. For me, it was the first really big “win” of the film. Nebula and Rhodey taking out 2013 Quill was too funny. Clint/Nat Soul Stone Tragedy – the unnoticed thing here is that Nebula knew that one would have to sacrifice the other but chose not to say anything. It was really lucky that two people that really cared for each other went after that stone. RIP Nat. That was tough.

I thoroughly enjoyed the montage of Tony, Bruce, and Rocket constructing the Stark Tech Infinity Gauntlet. Some big brains in that room. Of course, they’d be able to figure out how to make an Infinity Gauntlet.

I’m not exactly sure how Nebula was able to get 2013 Thanos’ entire ship and army to 2023 without  Pym Particles. Bruce doing the reverse snap. Wow. I didn’t see that one coming either. That was MASSIVE…undoing the greatest catastrophe the universe has ever seen. Mad props to Banner for that. That was the second great “win” of the film. Tony, Steve, and Thor fighting Thanos and he whoop them.  He’s so fucking tough.

The battle between the Avengers/Wizards/Wakanda army and Thanos was even more epic than the Battle of Wakanda. It was the greatest mass battle in cinematic history – and this is coming from someone who absolutely loves Lord of the Rings.

The football runs pure joy… First T’Challa, then to Peter, then finally to Carol.  I really liked the girl-power end run through Thanos’ army… I was just thinking, there’s a whole lot of power there with Carol, Gamora, Pepper, Wanda, Valkyrie, and Hope.  Not sure what Matis was doing in that mass combat situation though…not exactly her skill set.

Carol vs Thanos…it was the only time Thanos actually needed to use a stone to win one of the 10 or so fights he had. The ineffectiveness of his headbutt was pure gold. Tony’s stealing of the stones and snapping Thanos and his army out of existence… Sooooooo satisfying. Thanos had kicked everyone’s ass. There was no other way. What an epic climax to the greatest film ever made.

Tony’s last words:  I am Ironman. The funeral was moving, emotional, and served as a wonderful last gathering of so many great characters. Where was Coulson? Did he die in Agents of Shield? “I’m gonna get you all the cheeseburgers you want.” = tears.

Cap’s decision to live a life in 1945… This raises an interesting question… Peggy said in the Winter Soldier Smithsonian exhibit that Cap saved the one who would eventually become her husband. What if Cap saved himself and was married to Peggy throughout the entire series already? Otherwise wouldn’t it create an alternate timeline?  Peggy had kids… But you never see the husband. I really think it was Steve all the time.

Final thoughts – my expectations were high and Endgame surpassed them.  I never believed I would like a movie this much. It was the greatest movie experience of my life.