Skip to content
Black Thursday is a big lie of Americans? It was on 1929, 7 October, severe financial attack penetrated American communities. A lot of families were wonder about a place to live in. public figures were looking for scraps to survive. This was results of completely mess in economic system of which was considered most powerful at the time. Until the new deal come out on 1933 with ex-president Franklin Roosevelt. New deal emerged with insights to reestablish American economic system however the strategies did not go too far in order to satisfy habitats’ will.

After first worldwide war, Americans were only survivor of universal economy whereas European states have been exhausted mainly of murdering each other souls. This situation generates very positive returns in favor of American industry where American companies invaded European market of nonstop goods as well as services. This lasted for a while until Europe renewed the production of citizens’ needs. In this way, taxes were imposed on American exportations as well as Japanese products.

Surely American products were having harsh competition on available markets which leads to inflated production. Several companies shut down because of bankrupt while others reduced wages of workers to keep the flowing of production. Apparently European peace economy has come financially with terribly downsides on stock trading in America. Maryland has gained popularity of stocks trade which most public traders compete in purchasing stocks as long as  they have seen a noticeable promotion in numbers to the extends that single stock has overcome its realistic value.  These events have meet in parallel period leading to inflation, devaluations of existing stock products as well.
Either options would cost American community worse effects. American hierarchy has gone upside down.  Wealthy people have become beggars or part time workers. Many families have moved to California to ameliorate their conditions working in farms. Poverty spread out enormously in urban cities caused directly of being dismissed from companies. Crimes and death numbers increased in diverse district.
America first step was taking back credits from Europe to fulfill the gap left by 27 October. Automatically this has created another bloodspot on Europeans states. Another continent entered in a dilemma of regaining what have been sent to Maryland. Again all European colonizers such French, England and Spain reduced the degree of being influenced by American curse. Colonized countries have been used in truly primitive exploitation of natural resources, phosphate and metal, and been an alternative market to free the inflation of goods. 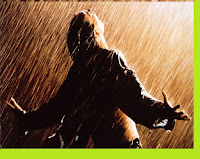 Black Thursday headed in a consistent way to other part of world in which no single part has been free of it, in way or another, either directly infiltration of United States or being colonized by European states. Franklin Roosevelt have taken new deal to handle the problematic, yet, reforms have not been fully controlled and desired by citizens. Consequently this issue remained of direct reasons of second worldwide war after NEW DEAL with three years.
Currency declines. Inflated production. Peace economy choice in Europe. Nazis party. Low wages. Inflated stocks. Frequent production. Poverty. Immigration.